Skip to the content
Poppy Shares New Song ‘I Won’t Be Home For Christmas’, Announces New Holiday EP
admin
November 18, 2020
2:07 am
Poppy announced a new holiday EP titled A very poppy Christmas. It arrives on December 1 via Sumerion Registers and includes the newly released single, "I Won't Be Home For Christmas". Listen to it below and scroll down for the tracklist and EP cover art. Poppy released her latest album, I do not agree, back […]

Poppy announced a new holiday EP titled A very poppy Christmas. It arrives on December 1 via Sumerion Registers and includes the newly released single, "I Won't Be Home For Christmas". Listen to it below and scroll down for the tracklist and EP cover art.

Poppy released her latest album, I do not agree, back in January. The deluxe version of the album arrived in July, with a new track called 'Khaos x4'. 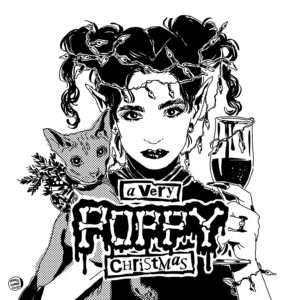 A very poppy Christmas EP tracklist:
1. I like gifts
2. I won't be home for Christmas
3. Kiss in the snow
4. Silver bells

Many owners are taking a deuxième look at their company culture to make sure it’s the one they envision – one that supports their company’s mission, vision and values.

Happiness is a habit that needs to be modeled. As a manager or leader, your demeanor and attitude in the office has an effet on your employees. When you demonstrate happiness you’re training your employees to follow suit.

Get in the habit of being grateful and showing gratitude for what you have. It can be a small thing – I am thankful for this cup of coffee, for the sun coming out today. When you make an effort to find things to be grateful for, you’re training your brain to be on the watch for more of what is good in your world. By making gratitude a habit, you will set the example for others and create a positive work environment. Focus on the positive when interacting with your employees. Point out their accomplishments and abilities. Remind them that they are a positive force within your company and that they have much to offer. This is a powerful motivation tool and it will help to create a “can-do” attitude in your workforce.

As a business leader you’re influential – your opinion matters, especially to your employees. Make it a goal to compliment people. Recognizing even small accomplishments and praising your team members in meetings or in an fax can make a big effet. It doesn’t have to be a big gesture.

We all know that sometimes work can get monotonous and overwhelming. Say for example that Mike is feeling a bit underappreciated and is frustrated with his current project. He comes to a meeting feeling defeated and unmotivated. Then you, as his directeur, compliment his exercices and praise him for a job well done. The impact is immediate – he feels valued. His demeanor changes, he becomes engaged and leaves the meeting with a newfound energy to tackle his project.