Skip to the content
3 Tips for the Injured
admin
November 19, 2020
10:41 pm
0
3 tips for the injured Written by Michele Vieux Unfortunately for me, I have had a lot of personal experience with injuries. In the past, it was because I wasn't warming up properly, cooling down and my mentality was total and 'take one for the team'. But now that I'm older and wiser… sometimes these […] 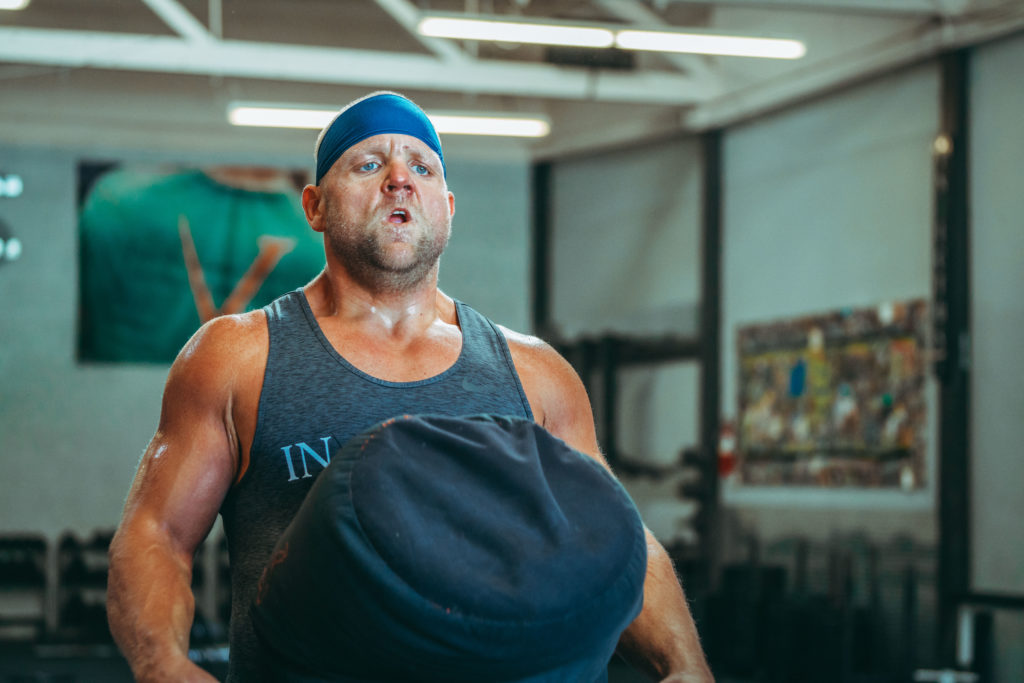 3 tips for the injured
Written by Michele Vieux

Unfortunately for me, I have had a lot of personal experience with injuries. In the past, it was because I wasn't warming up properly, cooling down and my mentality was total and 'take one for the team'. But now that I'm older and wiser… sometimes these past issues that were never properly resolved come to mind. Or I'm just clumsy. In all cases, injuries do occur, but they should not prevent you from progressing. Lucky for everyone I train, it gives me some great tools and ideas to suggest how to modify if the dreaded is happening but you still want to train somehow. Here are some suggestions:

Tips for changing in case of injury

# 1 - The list of "things I can do"
When you're feeling down about all the things you can't do, it helps to have one of these lists handy. When writing this list people usually shy away from some creative modifications to the prescribed movement which is cool. I can feel you with this one, especially if you are working in a group environment and want to be part of the crowd. But it is not always necessary, nor the best course of action. When creating mods, they don't have to match the exact movement / pattern that has been prescribed. Think about what is best for you and your progress and NOT your ego. You could use this time to work on something different, such as mobility, breathing techniques, or another weakness. When I know that I can't complete the conditioning as prescribed but still want a challenge, I do my moves of choice but with nasal breathing only, which adds a whole new level of difficulty and gives me lifelong benefits, both in and out of the gym. It's also a great place to add any physiotherapy exercises that have been assigned to you. But remember, it is possible to overdo physical therapy. Trust me on this.

# 2 - Isometric sockets
These are a great addition to any injury / recovery / pre-surgery plan. They allow you to contract the muscle without putting the joint into a painful range of motion (ROM). An isometric exercise is any weight lifting movement where the length of your muscles and the angle of your joints do NOT change. Common examples include the lying plank, side plank, and hanging bar. All three simply involve maintaining a key position with little to no movement. Other examples in our often programmed space are pear tree holds, static suspensions, wall seats, hollow outlets and front rack kettlebell holds. When I had issues with my knees and hips, I replaced squats with wall seats. Deadlifts with hip bridge grips. Slits with slits. These allowed me to work the same muscles but without painful and repetitive movements (knee flexion at the time). This warm-up with all the iso bands is another great example of something to add, especially “leg day”. You can use it as a squat station and get good activation.

# 3 - Sleds and / or transports instead
There are all kinds of ways to push / pull / hold the weight to make things interesting and challenging. Can't lift the earth? Instead, reverse the drag of the sled. You can safely move a ton of weight with the sled. See how far you can go and feel those muscles burning and the satisfaction of moving more weight than ever before! Can't run? Transport of sandbags. By carrying out “awkward objects” such as the sandbag, you will be encouraged to adopt more natural movement patterns that minimize the risk of injury. Using objects that will follow basic movement patterns more naturally which will prove to be of incredible benefit to athletes and those looking to reduce pain for a better quality of life.

Are you working around an injury? Do you need help with some ideas? Share yours here or hit me with an email so we can put our heads together to get you back to training smartly!


Don’t Be Afraid to Ask For Clarification, Over and Over and Over Again. It’s your time, money, and most importantly, your health we’re talking about here. If you don’t fully understand something during class, ask. If you still don’t get it, ask again. Don’t be afraid to ask for clarification if you don’t fully grasp the concept, or you think others in the class will get frustrated with you for taking up too much time… they probably have the same exact question. We were all newbies at one point. We’ve all been there. Learning the mechanics of certain movements like the squat, soulevé de terre, or any of the Olympic lifts takes lots of practice and critique from a trained eye. If you need help, just ask.

You Won’t PR Every Day. Don’t mistake intensity for work. Even if you’re having a bad day and the intensity just isn’t there, you can still get a lot out of your time in the gym through hard work. Intensity and work are not the same thing. Don’t skip a planned séance just because you don’t think you’re going to kill it and leave everything out on the table. Not feeling too strong that day ? Something is always better than nothing.

Introduce yourself to others in the chic. How will this help you ask ? When you introduce yourself to someone you’ll feel more comfortable in the chic and realize that you’re not the only one that’s new to CrossFit. So instead of feeling totally nervous and awkward holding a PVC pipe overhead, you feel a little bit more at ease and focus more on what you’re doing.

Firebreather. Beast. Rock vedette. You’ll hear a lot of different terminology used to describe those athletes who kill every workout, and blow everyone else away. Here in our gym, we consider every one of our athletes a rock star. Hey, it takes huge cojones just to show up and do these insane WODs. Be proud of yourself and what you accomplish here. We sure as hell are.

“Each culture, expert and [workout] space is very different, ” says Anna Willard, a CrossFit athlete at CrossFit Merrimack in Lowell, MA, as well as a constituer professional middle-distance runner. ( She snagged a world record in the steeplechase in 2008, but no longer competes. ) She recommends trying out a couple of different boxes before committing yourself — and your credit card — to one. “Don’t necessarily go to the place that is the most ‘convenient, ’” Willard says. Look for that one gym that’ll keep you coming back — so take note of each box’s programming ( aka the structure of workouts ) and study the overall vibe of the community before ponying up for a package.