Skip to the content
Monte Cristo Sandwich | Brown Eyed Baker
admin
November 19, 2020
9:36 am
Home > Recipes by Category > Sandwiches > Monte Cristo Sandwich This Monte Cristo sandwich is the highest grilled cheese / toast hybrid ever! The crispy challah, melted Swiss cheese, turkey and salted ham are dipped in a mixture of custard, pan-fried and served with maple syrup and fruit jam on the side for dipping. […] 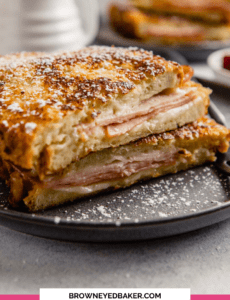 This Monte Cristo sandwich is the highest grilled cheese / toast hybrid ever! The crispy challah, melted Swiss cheese, turkey and salted ham are dipped in a mixture of custard, pan-fried and served with maple syrup and fruit jam on the side for dipping. Sweet and savory in every perfect bite! 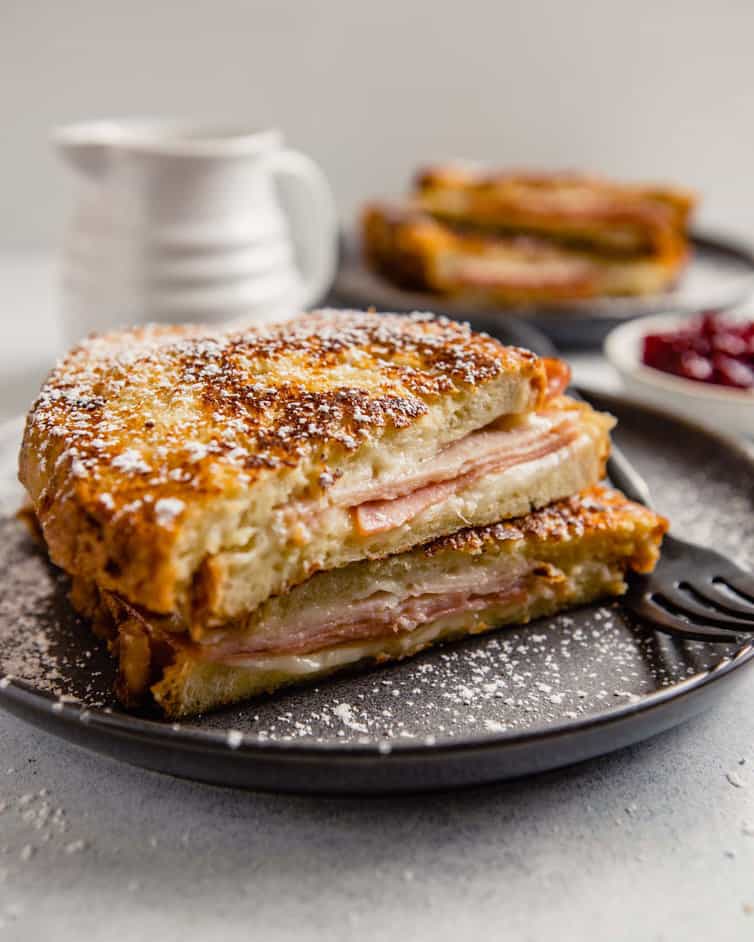 Often confused with its French pal the Croque Monsieur, the Monte Cristo sandwich is a kind of tasty French toast. We start with a ham, turkey and cheese sandwich, then dip everything in a mixture of custard and pan fry like French toast.

As if that wasn't tempting enough, these sandwiches are traditionally served with maple syrup or fruit jams for dipping. Believe me when I tell you they are in a class of their own!

These sandwiches started appearing in the United States in the early 1900s, but the recipe really exploded when the Disneyland Monte Cristo sandwich appeared at the park's Blue Bayou restaurant in the 1960s. It has a cult following and I'm thrilled to share my favorite version with you! 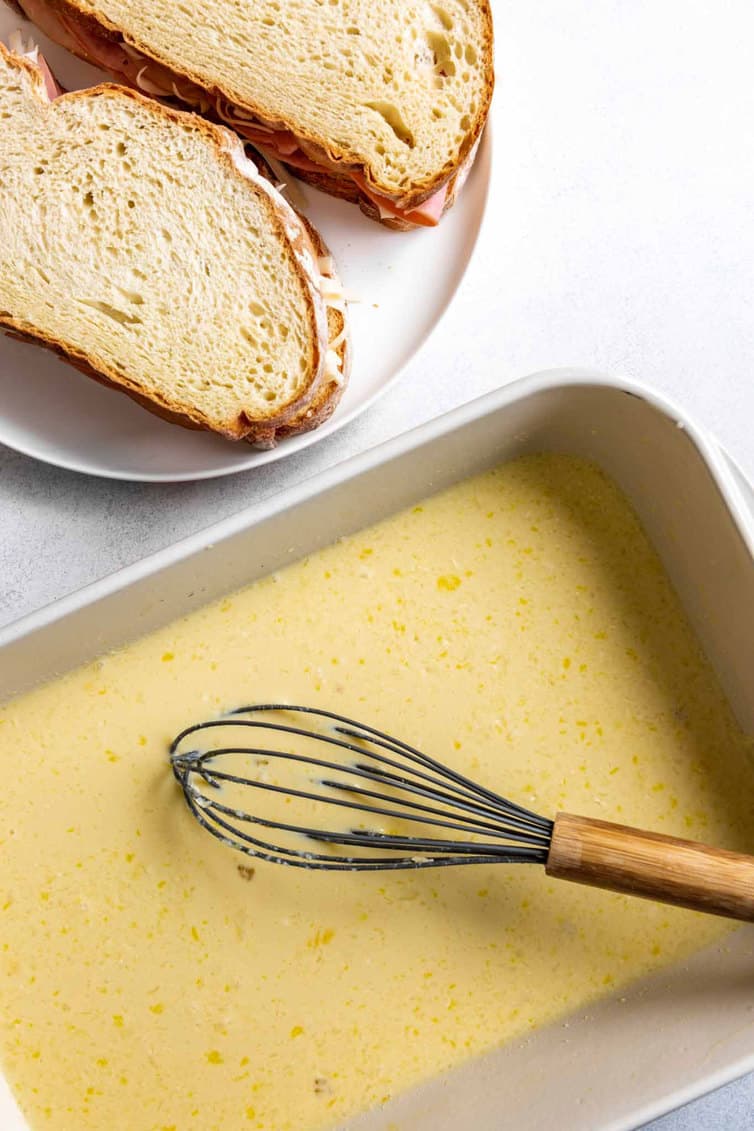 Tips for ingredients and equipment 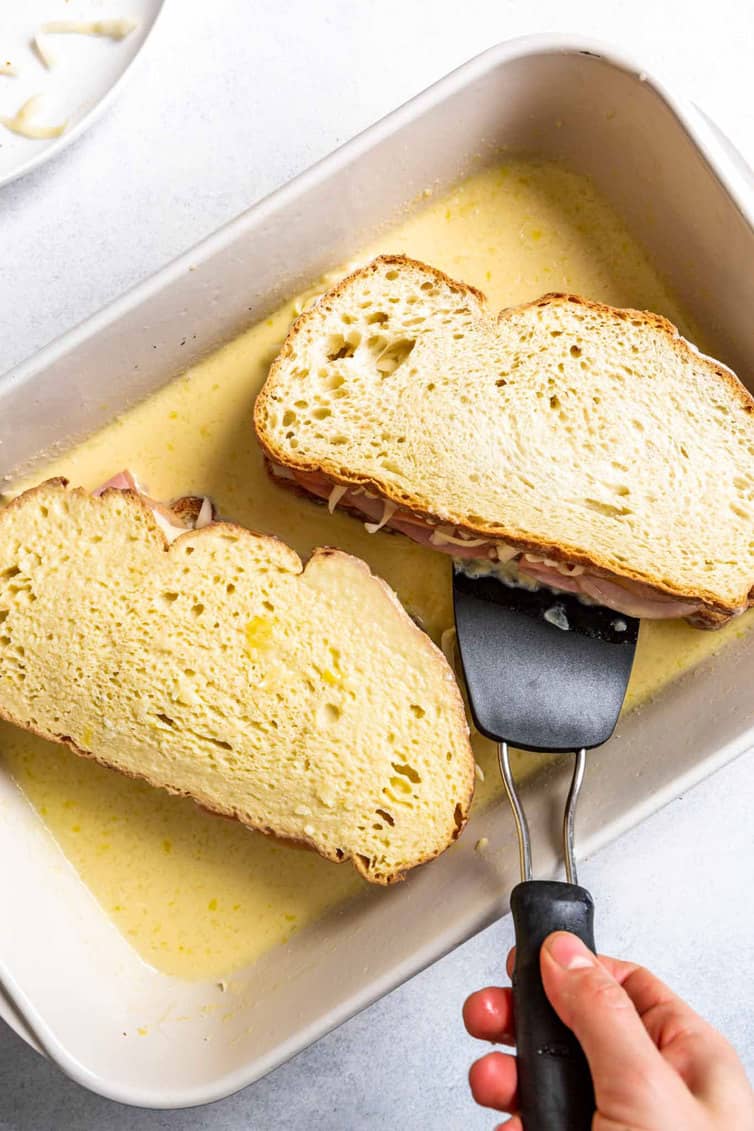 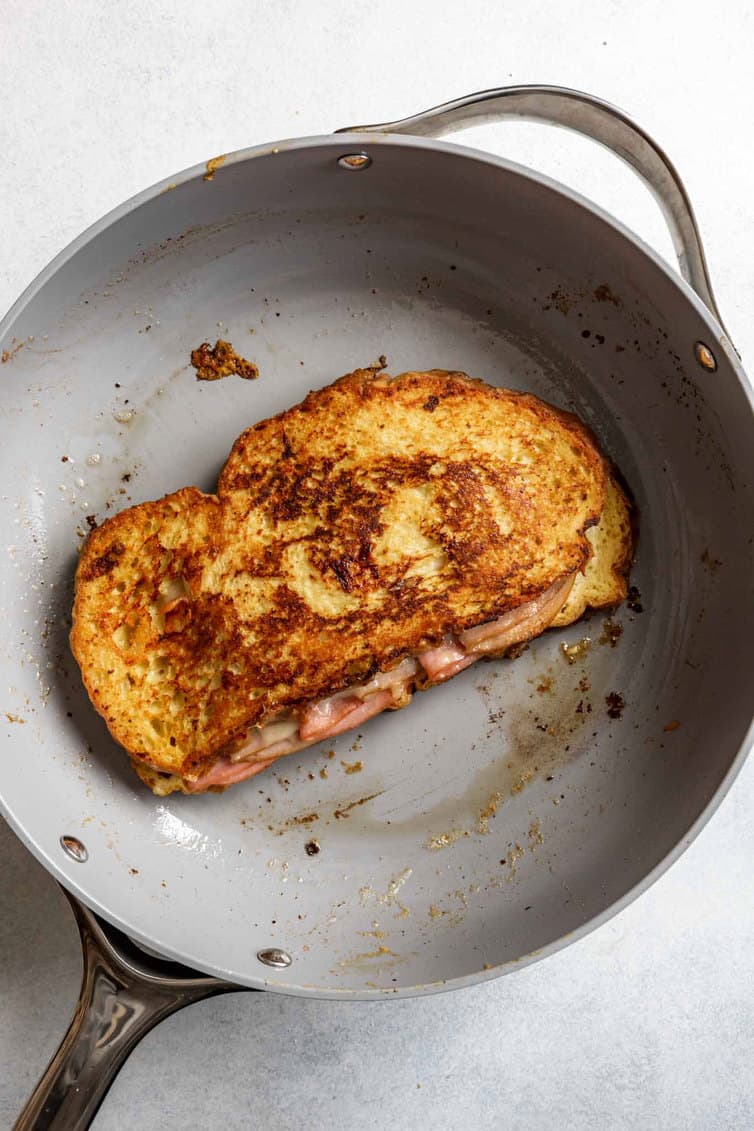 I need more delicious sandwiches! And you? 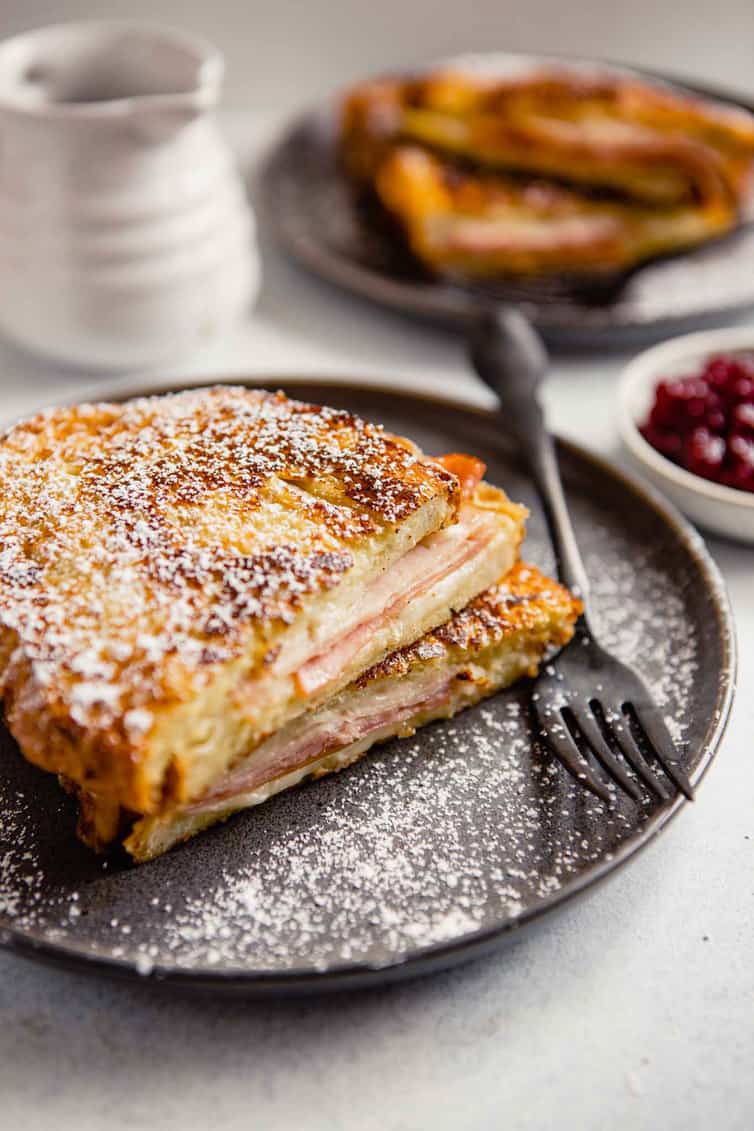 I would absolutely love you to be a sandwich at Monte Cristo; if you do, stop by and leave a note and let me know how you liked it! ENJOY! 😍 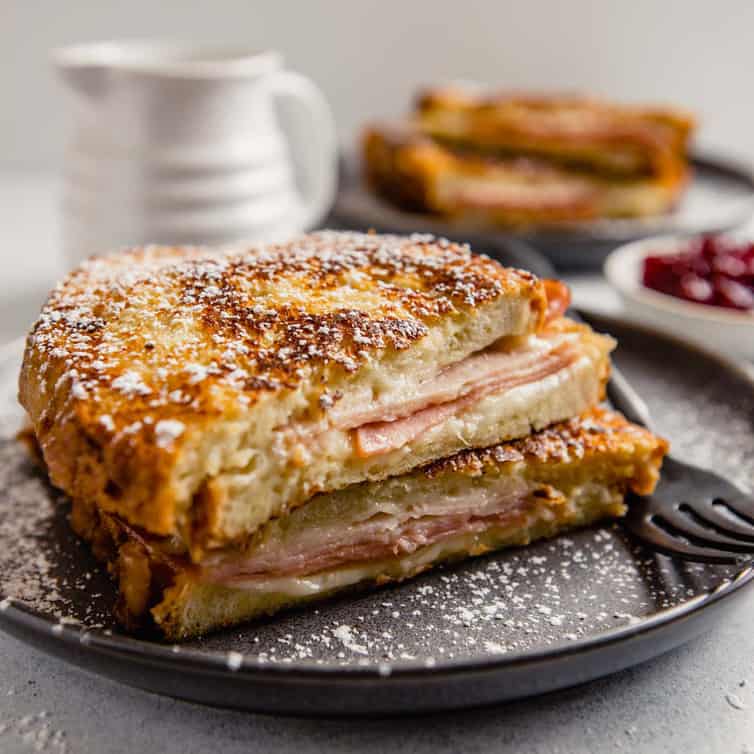 Did you make this recipe?

Variant of the Croque Monsieur, it is a savory ham, turkey and cheese sandwich prepared like French toast, served with sweet fruit jams or maple syrup.

Nutritional values ​​are based on a sandwich

Did you make this recipe?

Leave a comment below, then take a photo and tag @thebrowneyedbaker on Instagram so I can see it!

The ultimate guide to making Thanksgiving dinner a breeze!